ING’s Economics Department has been researching people’s financial behaviour in Europe and the US for years. The results are consistent– and worrying. Banks have a job to do here, says economist Ian Bright.

In six years of researching financial behaviour across Europe and the US, we’ve discovered several worrying things about people and money.

Here’s what we can confirm.

Many live on the edge

About one in three people across Europe have no readily available savings. Even in Germany - the supposed land of great savers - around 30 percent have no savings at all (excluding savings for retirement).

After the first ING International Survey in 2012, we thought these results would change with economic conditions. But six years later, many people remain financially fragile.

Four in 10 of those who have savings have less than three months take-home pay. These low-savers may not be poor but they are financially fragile. They may not be able to manage unexpected expenses, such as repairs, without falling into debt or making dramatic cutbacks.

Some are in denial

We’ve found that in Europe 28 percent (49 percent in the US) have both savings and personal debt – that is, debt other than a mortgage, such as overdrafts, credit card debt and personal loans. A costly habit, as UK research estimates the average household loses £650 a year by juggling savings and debt in this way.

There could be reasons to do this, but personally, I doubt few really think things through. We have found that 19 percent in Europe can’t quote the interest rate on their savings, and 27 percent don’t know how much they pay on their debts. Ten percent can’t even say how much debt they have.

Are folk just muddling through?

Some might explain these results away, pointing out that people can be irrational. I prefer to think that people are muddling through, rather than pausing to make the most of their money.

Globally, research suggests roughly a third of people cannot answer questions about how interest rates, mortgages and investments work. Because of this, calls for financial education in schools are justified.

But knowing the maths is not enough

What complicates things is that people are social beings, affected by the actions of those around them and the information they receive.

Just one example from our research. People are more likely to agree with the statement “house prices never fall” if house prices rose in the previous few years – despite noticeable falls a few years before that. Short memories and preconceived views play a role.

We may want to buy a house even if we believe the prices are too high, because we think ‘everyone else can’t be wrong’. The financial consequences can be devastating.

What should banks do about this?

I think banks have a job to do here. Thanks to new technology banks can design products that incorporate learnings from behavioural science. For example, mobile banking apps can quickly alert people when their accounts near their overdraft limits.

Banks should design products and services in such a way that people don’t choose products that are just too risky for them. This requires more than nudging people in the ‘right’ direction, it involves better communication of the potential pitfalls.
By keeping people out of financial difficulty, banks will build trust and form long-term relationships with customers that are mutually beneficial.

At ING, we work hard to make clear, easy, and smart banking products for our customers. Looking at our research data, I say we’d better hurry.

This is a summarized version of the contribution of Ian Bright and behavioural scientist Nathalie Spencer to the annual Behavioural Economics Guide 2017. 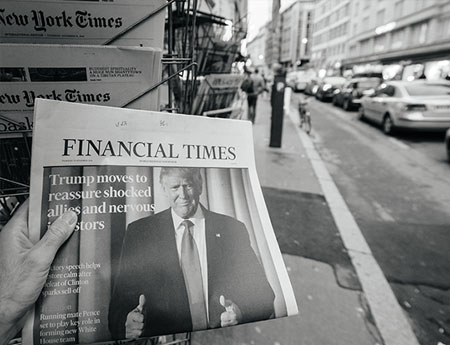 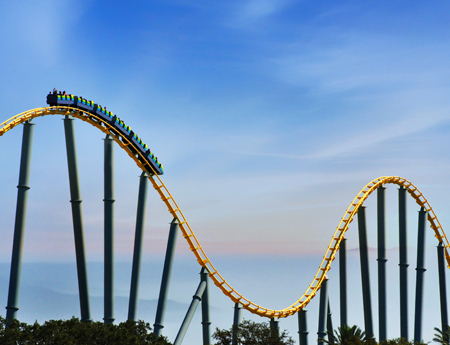