The question of money

Imagine you have a headache and take a pill to feel better. If you knew the pill cost 50 cents, would it make you feel better than if you were told that same pill cost one cent?

The answer for many people is surprisingly yes. When it comes to decisions, we’re not as rational as we think. And if anyone knows why, it’s behavioural economist Dan Ariely.

Dan’s five TED talks have been viewed more than 15 million times and his books are New York Times bestsellers. His quirky experiments about decision-making, combined with a knack for good storytelling, have earned him a cult following.

In this interview for the Think Forward Initiative, Dan answers a few questions about how we think about money.

What fascinates you about money?

“One of the questions that captures my time is the question of money. What we do with it, and how can we do better. Money is all about opportunity. Every time you spend it on one thing, you’re not going to be able to spend it on something else.

It’s a question of how we divide our resources between all the things we can do now and [things we can do] in the future. The problem is that thinking of opportunity costs is very tough. Every time you buy a cup of coffee, what are you giving up? It’s unclear.

In fact, a few years ago, we went to a Toyota dealership and asked ‘If you’re going to buy this car today, what are you not going to be able to do?’ And you know what? People had no answer.”

“Because they never thought about it. So we pushed, and pushed. Something has got to give. And the most common answer was, if I buy this Toyota, it can’t be a Honda. People were substituting in the same product category, in the same time frame, instead of saying something like, I’m giving up two weeks of vacation over the next two years, or 700 lattes, and so on.”

Why are people so confused when it comes to money?

“The problem is, thinking about money the right way is incredibly tough. Maybe it’s the toughest thing that we as human beings have to do. It’s about now versus later, opportunity costs, it’s about overcoming temptation. What do we do? We think about money the wrong way!

All of a sudden, thinking about money becomes more complex. Technology is providing lots of interesting tools, mortgages, credit cards and so on. But they make it more difficult to think about money the right way.”

Every time you buy a cup of coffee, what are you giving up? It’s unclear.

What tools could help us do better?

“Let’s think about things like credit cards, Apple pay, Android pay and so on. These tools are incredibly useful—to get people to think less and overspend in a short term. But they’re not designed to get people to live in the way we want to live long term. These are designed to reduce thinking, what we call the ‘pain of paying’.

If we understood something as basic as the psychology of money and specifically the pain of paying, we would design different mechanisms. Who would design those mechanisms? It’s the same institutions. They’d just have to think more carefully about our long-term well-being.”

Does the environment impact the decisions you make?

“One of the main principles in behavioural economics is that the environment matters. If you set up the environment one way, people react in one way, set it up in another, people behave differently. When you see things from this perspective, we don’t always put people in the best environment.

Think about something like automatic deposits. People get a form from an employer, and their salary goes directly into the bank. All of those forms I’ve seen only have one place for one account. So your salary goes 100% to one place, into checking.

That just isn’t the right approach—some should go into checking, some into savings. Why don’t we help people with that, make this the default? Let’s make things easier.”

How important will apps be?

“There’s no doubt in my mind that creating apps for better financial decision making is important. But they require an interesting balance. What happens is that if the apps are too time consuming or dictatorial, it’s a pain. Think about something like counting calories. It’s just so painful to count calories all the time. It may be a good thing to do, but if it’s too much work, people stop altogether.

We need to find an interesting balance, making those apps helpful but not overbearing. How do we get them to help us think about the right thing but not make us feel guilty and painful all the time. I’m not sure what the solutions are yet, but I’m looking forward to seeing what you come up with!”

Are you an expert money-manager, since you know so much?

“When I think about the way I manage my own money, I can’t be proud of it. There’s no question there’s lots of holes and mistakes. I do do a few things correctly. I do think about long-term saving. I have a target of what I want to do.

I also have an account for discretionary spending. I put that on a separate pre-paid debit card and it reminds me how much I wanted to spend and how much I end up spending on it. But I make lots of mistakes as well.”

One last word of advice…?

“The thing we need to understand is that money is not just money. The way we frame money, the way we put it in buckets, can change how confident people feel, how they treat each other, how they treat themselves. Because of this we need to restructure how banking works.” 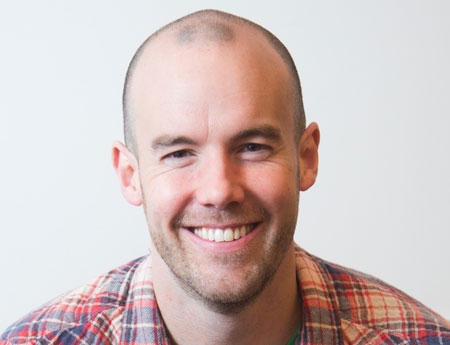