No spare change? No excuse!

An ING-developed innovation has the potential to revolutionise charitable donations.

A couple of months ago, you may remember reading about a cashless, contactless donation box that Whydonate and ING were developing? Well, the pilot phase is over and the results are promising.

From March to July, a three-person team ran a pilot in the Netherlands for the box with 19 charity organisations. With an improved design of the “box”, collectors went door-to-door to test it.

Most people were pleasantly surprised by the new service.

“We received plenty of feedback that people appreciated the possibility of going cashless, mostly because they no longer keep change in their house,” said ING’s Nicky Groeneveld, one of the team members working on the service.

“Those who were sceptical, were quickly convinced when they saw ING was behind the service.”

And the results were profound: Not only was the overall process much quicker, the donor’s behaviour changed. The average donation doubled compared to the traditional cash-based collecting, from EUR1.50 to EUR3.20.

So how does it work?

The device gives donors pre-defined options for the amount they would like to donate (EUR2, EUR3 or EUR5, for instance). People can see the charity foundation and select their choice on the device’s screen, making the process more transparent.

Collectors also benefit. They no longer have to carry wads of cash through the streets, or have to count the collected money by hand. And with the wireless and digital tool, they can see exactly how much has been collected – which helps to fine-tune their way of collecting. They can also share the charity’s collection link on social media, to reach digital donors too.

This makes the service relevant in many more situations than just at the front door. Terminals can also be stationed at festivals or shops.

“It is a great solution for anyone who wants to raise money, from big (inter)national foundations to your local children’s zoo,” said Nicky.

“We don’t just focus on the established foundations, but will also make the service available to local foundations that wouldn’t to be able develop something like this themselves. Every foundation can lease a number of boxes.”

Interested in having a cashless collection box in your country or know a client who may be interested? Perhaps you have a question about the boxes. Don’t hesitate to contact Nicky Groeneveld.

Together with ING, Whydonate, the largest fundraising platform in the Netherlands, is the link between the donors and the charity foundations.

The team keeps working on the product and looking at new possibilities. Both the hardware and software still need to be improved, said Niels Corver from Whydonate.

“It is a new product, so we first have to fix the teething problems. Primarily, we have to make the box stronger, so that it keeps working if you drop it.”

“After that, the plan is to invest in 1,000 new boxes. And keep getting as many people and foundations on board as possible. We want to deliver the boxes all over Europe, especially because of the international adaptability of the service.”

Nicky dreams of having ‘ING’ written on “countless cashless, contactless charity donation terminals around the world.”

“This really is the future of donating”.

Whydonate was one of the companies that took part in ING’s Customer Experience Centre (ICEC) accelerator programme that helps fintech companies test and develop their ideas. 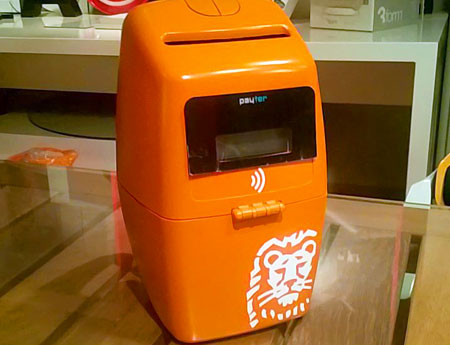 03 January 2017 The season for cashless giving! 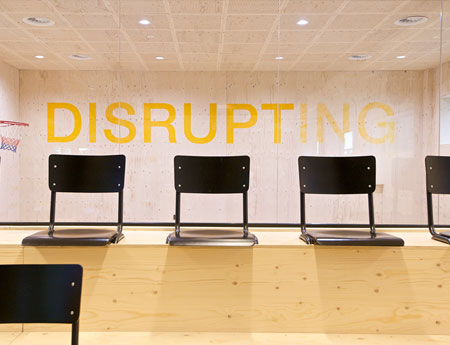